The Council of Large Public Housing Authorities, which represents 70 of the nation’s largest public housing authorities (PHAs) in cities across the United States, congratulates Dr. Ben Carson on his nomination as Secretary of the United States Department of Housing and Urban Development (HUD).

Housing stability is critical to breaking the cycle of poverty for families, and our nation’s PHAs have been on the front lines of this fight, helping to develop creative solutions to our housing crisis, and implementing these ideas in their communities.

CLPHA looks to Dr. Carson to advocate for adequate funding for housing programs, to support implementation of innovative programs on the local level, including the Rental Assistance Demonstration (RAD) and Moving to Work (MTW), and to provide PHAs with the tools to promote the cross-sector partnerships that connect housing to health, education and other sectors to lift families out of poverty.

As someone who spent part of his upbringing in public housing, Dr. Carson represents the promise to create opportunity and lift people out of poverty. We look forward to working with him and HUD to provide safe, decent, and affordable rental housing to low-income families, the elderly, and persons with disabilities.

Cuyahoga Metropolitan Housing Authority (CMHA) CEO Jeffery K. Patterson was elected president of CLPHA’s board of directors at CLPHA’s December 2021 board meeting. He previously served as the board’s vice president.

Recently, CLPHA sat down with Mr. Patterson to discuss his priorities for CLPHA and how he plans to lead our organization. 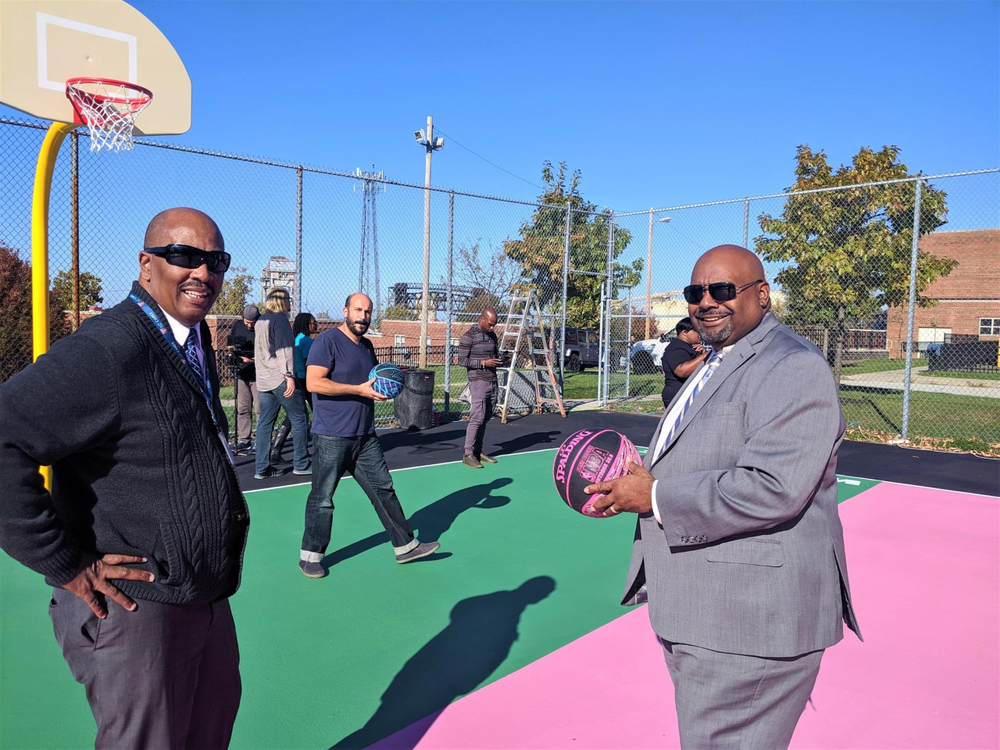 2.9.22
Residents and Redevelopment Partners Celebrate the Opening of Crestview Terrace in San Bernardino (Housing Authority of the County of San Bernardino)

From the Housing Authority of the County of San Bernardino's press release:

The Housing Authority of the County of San Bernardino (HACSB) and National Community Renaissance (National CORE) celebrated with partners and residents the opening of the Crestview Terrace community in San Bernardino.  This community is the third phase in the redevelopment of the former Waterman Gardens Public Housing community, now known as Arrowhead Grove.  The location at the corner of Waterman Avenue and Baseline Street has continuously been the site of affordable housing since 252 Public Housing units were constructed there in 1942, and has been home to hundreds of families over more than 70 years.  In 2013, HACSB partnered with National CORE to redevelop the aging property and bring new opportunities to the community.  Previously completed phases include Valencia Vista and Olive Meadow.

As part of this investment, the Boston Public Library (BPL) will receive $2.2m in Emergency Connectivity Funding (ECF) to acquire and distribute Chromebooks and home router wifi access for 3,000 BPL patrons in public housing.

The Housing Authority of Salt Lake City (HASLC) has been awarded a position through a federal program that will expand affordable housing efforts in the state.

HASLC is now part of the Moving to Work Landlord (MTW) Incentive cohort, which was created by the U.S. Department of Housing and Urban Development (HUD).

In January 2022, the HUD announced the 29 agencies that were selected and Salt Lake City made the cut.

Through the cohort, the HUD will evaluate landlord incentives and their impact on participation in HUD’s Housing Choice Voucher Program to improve residents’ ability to use vouchers in their community.

From the Boston Globe:

Boston wireless Internet service provider Starry struck a deal with the Cambridge Housing Authority to offer broadband connections to thousands of apartments in the city.

Under the deal announced on Thursday, Starry will provide $15-per-month Internet service to residents of more than 2,630 units. But the residents won’t have to pay even that price, as the cost of the service is eligible to be covered entirely by the federal government’s Affordable Connectivity Program.

Almost half of Cambridge Housing Authority residents — 46 percent — said they did not have a home Internet connection, according to a survey by the city last year. Some 7,000 low-income families, elders, and disabled individuals live in the authority’s housing or receive financial assistance for rent.

The new Starry service “will be a game-changer for those we serve by providing them with access to truly affordable, high-speed internet, which will help them keep up with the ever-evolving demand for quality broadband needed in today’s world,” Michael Johnston, executive director of the Cambridge Housing Authority, said in a statement.