The Columbus Metropolitan Library’s Martin Luther King Branch opened this month in Columbus’s Near East Side neighborhood. The new library is a result of Partners Achieving Community Transformation (PACT), a partnership between Columbus Metropolitan Housing Authority, Ohio State University, and other local stakeholders created in 2010 to transform and revitalize 800 acres of Near East Side.

10.24.18
Housing Opportunities Commission and Partners Celebrate Opening of The Lindley and Dedication of Jean Banks Park in Chevy Chase

The Housing Opportunities Commission of Montgomery County and partners cut the ribbon on The Lindley, a 200-unit high-rise in Chevy Chase, MD. The opening of The Lindley constitutes a net increase of 22 units of affordable housing in the neighborhood. You can watch a time-lapse video of The Lindley’s construction here. 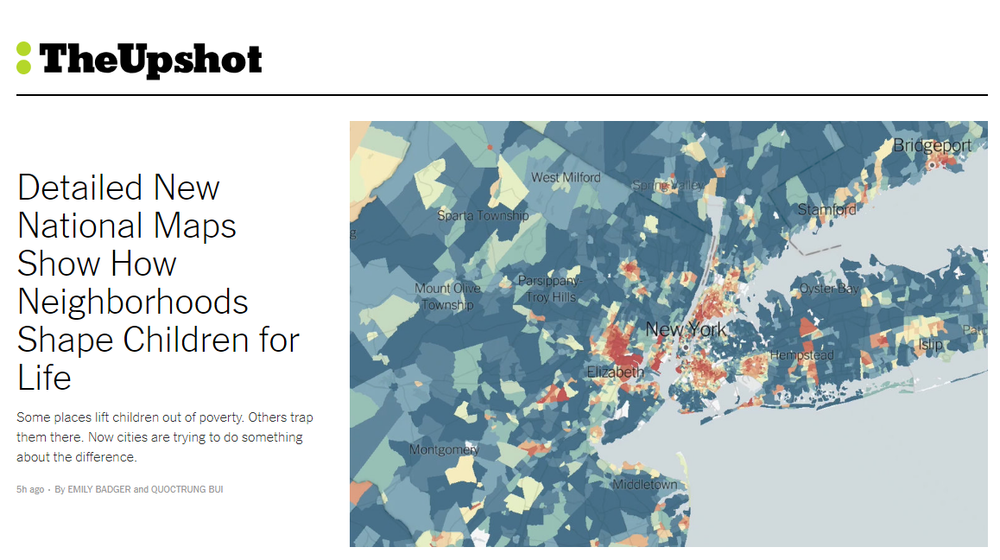 The long-awaited Opportunity Atlas, published today by the Census Bureau in collaboration with researchers at Harvard and Brown, got top billing on today’s homepage of the New York Times’ data-driven digital property The Upshot. “Detailed New National Maps Show How Neighborhoods Shape Children for Life,” includes the new interactive mapping tool, some of the project’s main findings, and examples of the mobility work that public housing authorities are currently doing, and plan to do, with the data. In addition to quoting Raj Chetty, one of the project’s researchers, authors Emily Badger and Quoctrung Bui feature quotes and examples from CLPHA members Greg Russ, Executive Director of the Minneapolis Public Housing Authority, Andrew Lofton, Executive Director of the Seattle Housing Authority and Andria Lazaga also of SHA who each discussed how PHAs are using the data as part of their Creating Moves to Opportunity (CMTO) work.

Additional news coverage of the Opportunity Atlas includes an NPR segment during today’s Morning Edition broadcast that features interviews with Chetty and local officials in Charlotte, NC, who intend to use the data to shape future policy decisions.

Read the article and use the interactive maps on the NYT website and listen to the Morning Edition story on NPR’s site.

On August 9, HUD sent the 2017 Worst Case Housing Needs Report to Congress, providing national data and analysis of critical problems facing low-income renting families throughout the nation. The report, which is HUD's 16th in a longstanding series, chronicles an increase in severe housing problems, with the number of households considered to have worst case housing needs jumping from 7.72 million in 2013 to 8.3 million in 2015. HUD also reports that, since 2007, the U.S. has seen a 41 percent increase in severe housing problems, and a 66 percent increase since 2001. The Worst Case Housing Needs Report defines households with worst case needs as very low-income renters who do not receive government housing assistance and who paid more than one-half of their income for rent, lived in severely inadequate conditions, or both.

Using data from the 2015 American Housing Survey, HUD found that the economic benefits of an improving national economy are not reaching the lowest-income renter households and that overall severe housing problems are on the rise. The report acknowledges a large shift from homeownership to renting as playing a major role in the increase of worst case housing needs, noting that, "modest gains in household incomes were met with rising rents, shrinking the supply of affordable rental housing stock in an increasingly competitive market."

You can view the 2017 Worst Case Housing Needs Report by clicking here.

From the Paterson Times:

Demolition is expected to take six months, said Israel Roizman of Roizman Development which is undertaking the approximately $105 million construction project at the 17-acre site. He said 30 buildings have to be knocked down. Site preparation work, road work, sewer and plumbing, and electricity work is being done simultaneously with demolition, he said.

Roizman said groundbreaking will likely be held in March.

One of Cambridge’s biggest landlords, the Cambridge Housing Authority, is about to take an extraordinary step: return security deposits to its tenants and stop collecting the payments from new residents. The authority’s board approved the change Wednesday.

Staff at the public housing agency said a financial analysis showed that it was spending more than five times as much to maintain the accounts as it collects when a small number of tenants moving out owe rent or leave their apartments damaged. “It just doesn’t pay to keep them,” said Andrew Kerivan, CHA asset manager, referring to the deposits.

The Authority expects to begin returning the money Feb. 15 and finish by the end of March, executive director Mike Johnston said. A memo to its commissioners said 1,642 of its 2,929 public housing households  paid a deposit when they moved in. The maximum amount, under the agency’s policy, is $200. Kerivan said close to $300,000 is held in security deposits.

Exciting and great things are happening at Cincinnati Metropolitan Housing Authority. We recently closed on the financing to transform and preserve The Evanston through the Rental Assistance Demonstration Program (RAD). There are 100 families residing at that site and their home will undergo renovation improvements estimated at $4 million. Cincinnati Metropolitan Housing Authority closings through RAD thus far add up to $39 million. We are anticipating $82 million in preservation work for 2020. CMHA goes beyond housing by serving as an economic engine to the community with job creation. To celebrate the preservation work being done at The Evanston, a “Reno Day” was held January 7, 2020.

As part of an ongoing commitment to providing affordable housing throughout Hamilton County, CMHA is renovating the low-rise building with new flooring, new bathrooms, retouched kitchens and more. 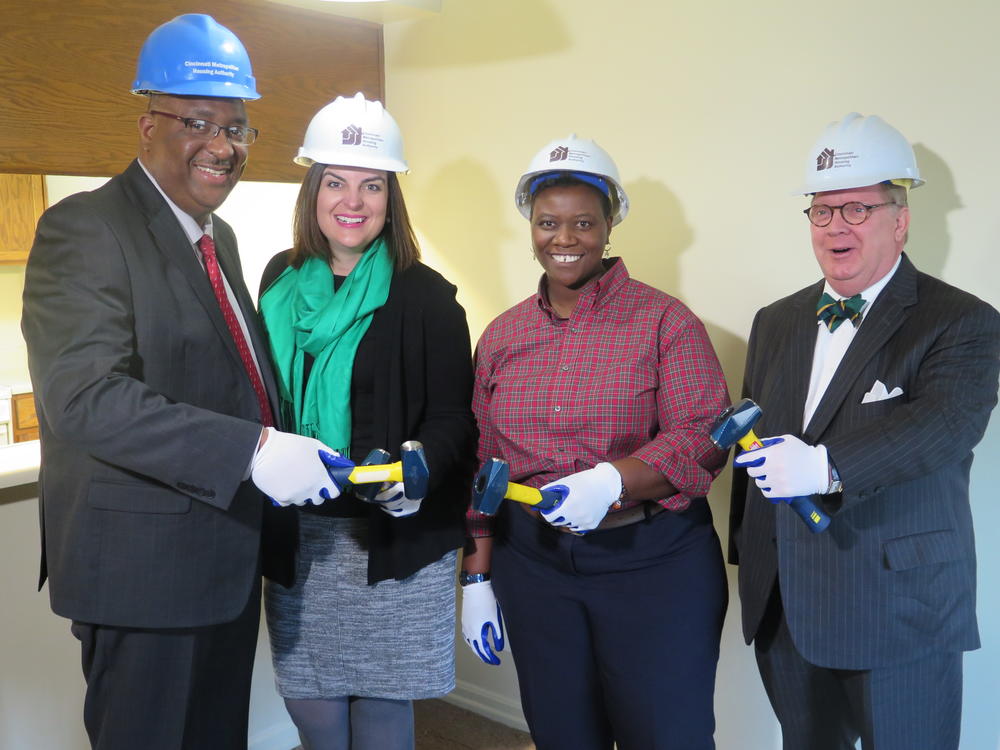 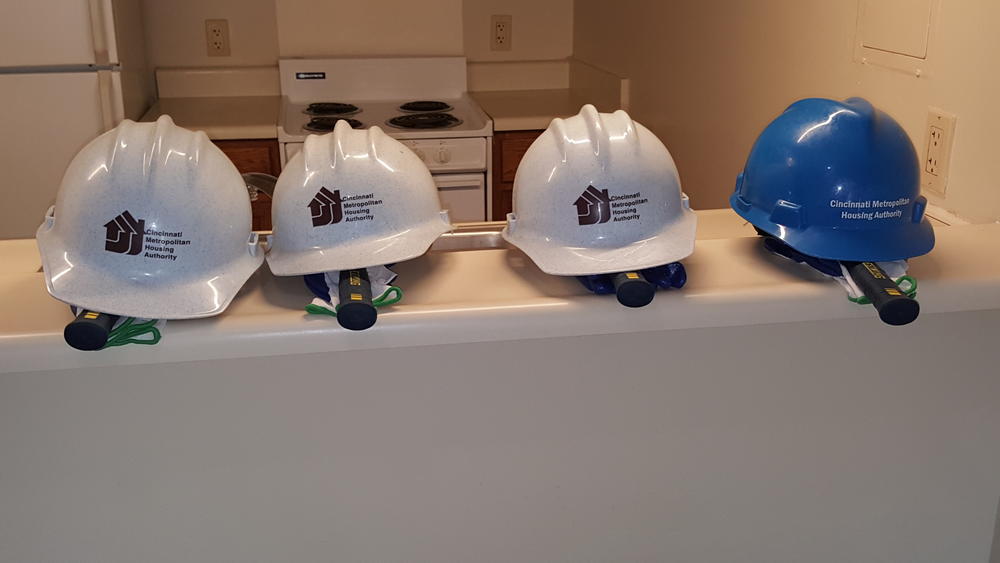 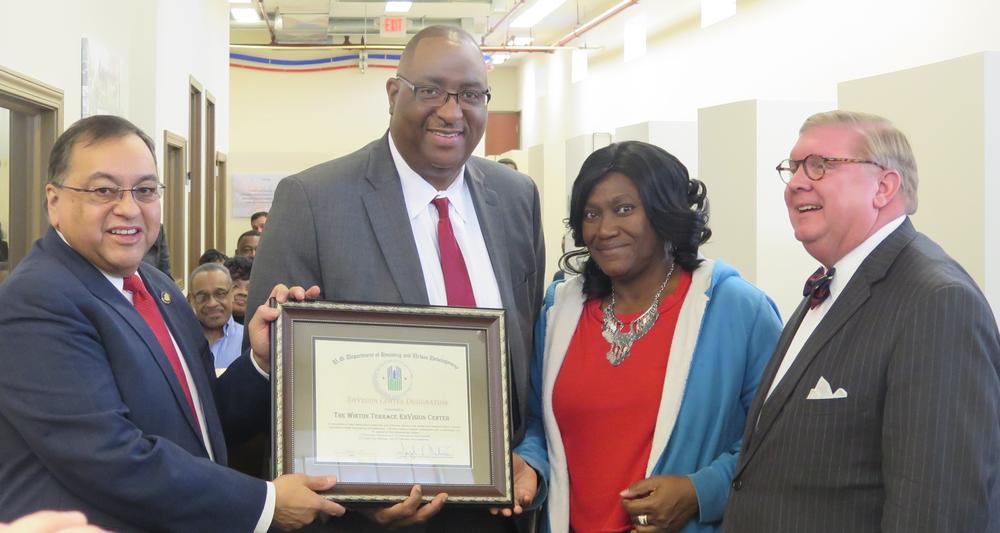 From the St. Thomas Source:

The V.I. government and V.I. Housing Authority received a $69 million obligation from the Federal Emergency Management Agency to fund the demolition and replacement of residential buildings at the Tutu Hi-Rise housing community, according to Government House.

The funding will facilitate the demolition and replacement of the first five of 17 residential buildings at Tutu Hi-Rise damaged by hurricanes Irma and Maria in 2017.

In a release Thursday, V.I. Housing Authority Executive Director Robert Graham said the funding would allow the Authority the move forward with its plans to demolish and begin construction to replace buildings 10, 11, 12, 14 and 22 at the complex.

At the beginning of the spring 2020 semester, the chancellor at the University of Washington Tacoma sent out an advisory to students: “If you or someone you know is dealing with housing issues that might interfere with the ability to succeed in school,” it said, “a new program could help.”

A new apartment building had just opened, ten minutes’ walk from campus, and 63 of its 152 units would be subsidized for students who were homeless or housing-insecure — struggling regularly to pay rent or utilities, moving frequently, or living in substandard housing. It was the second year in a row that a new development opened near campus with some of its small apartments set aside for low-income students. And the apartments are small — as little as 250 square feet for a studio in the building that opened last year.

“When I went inside, I thought, ‘Oh my goodness, this wouldn’t even hold my office,’” says Mentha Hynes-Wilson, the vice chancellor for student affairs at UWT. “But the feedback we’re getting from students is that it is really meeting their needs.”

Typically, the studios start at around $800 a month. But through the College Housing Assistance Program at the Tacoma Housing Authority, some students are eligible for subsidized housing units, in the range of $400 to $800 a month, based on income. The CHAP program was launched as a pilot in 2014, with 47 homeless or “near homeless” students at Tacoma Community College (TCC) receiving housing vouchers to use on the private market, providing a flat subsidy based on their household size. Over the next two years, the Authority tracked those students’ performance, along with the performance of 154 students in similar positions who didn’t receive housing assistance. At the end of that period, according to the Authority, 60 percent of the participants had graduated or remained enrolled, as opposed to 16 percent of the students who didn’t receive assistance. And the GPA for the pilot group was 3.05, as opposed to 2.75 for the larger group. The pilot was later expanded at TCC, and it was made available to UWT students, many of whom transfer from the community college, in 2018.