Press Releases
All Press Releases
Statements
7.30.20
Statement of CLPHA Executive Director Sunia Zaterman: Senate Must Adequately Fund COVID-19 Emergency Rental Assistance
Media Contact:
David Greer, CLPHA
dgreer@clpha.org
(202) 550-1381
For Immediate Release
July 30, 2020
(Washington, D.C.) July 30, 2020 -- CLPHA Executive Director Sunia Zaterman released the following statement on why the Senate must adequately fund COVID-19 emergency rental assistance in their next stimulus package:
“CLPHA calls on the Senate to address the growing crisis for renters bearing the brunt of our national economic meltdown. While the HEALS Act funds immediate and emergency COVID needs in public housing and Housing Choice Vouchers, it ignores the majority of low-income renters who do not currently receive rental assistance and face the ever-mounting possibility of eviction and homelessness. CLPHA supports the House-passed HEROES Act, which includes $100 billion for emergency rental assistance.
Emergency rental assistance relief should include flexibility in delivery systems in order to be effective. The Housing Choice Voucher platform provides a large program infrastructure already serving local landlords and renters. Waivers in the CARES Act allow for a quick scale up to deliver billions in rental assistance.
CLPHA strongly urges that the Senate to pass legislation that addresses the needs of the millions of vulnerable people at the greatest risk of housing insecurity as the pandemic continues its health and economic devastation.”

About the Council of Large Public Housing Authorities
The Council of Large Public Housing Authorities is a national non-profit organization that works to preserve and improve public and affordable housing through advocacy, research, policy analysis and public education. CLPHA’s 70 members represent virtually every major metropolitan area in the country. Together they manage 40 percent of the nation’s public housing program; administer more than a quarter of the Housing Choice Voucher program; and operate a wide array of other housing programs. Learn more at clpha.org and on Twitter @CLPHA and follow @housing_is for news on CLPHA’s work to better intersect the housing field and other areas of critical importance such as health and education.

(Washington, D.C.) July 23, 2020 -- CLPHA Executive Director Sunia Zaterman released the following statement on why the Senate must include emergency rental assistance in its next COVID-19 stimulus package:

"Renters across the nation are facing devastating consequences with eviction moratoriums and unemployment insurance set to expire in the next few days. As the Senate debates the latest stimulus package, it must include emergency rental assistance. Without it, many of the gains provided in the CARES Act protections will be lost, which will leave many families teetering on the cliff of housing insecurity. The cost created by allowing the vulnerable to become homeless is great not only in human terms, but also monetary in that the additional costs to care for the homeless are greater than keeping people adequately housed. Housing Choice Vouchers are the most effective means to distribute emergency rental assistance because it can deliver relief immediately. The Senate must act now to prioritize emergency rental assistance in this stimulus package."

About the Council of Large Public Housing Authorities
The Council of Large Public Housing Authorities is a national non-profit organization that works to preserve and improve public and affordable housing through advocacy, research, policy analysis and public education. CLPHA’s 70 members represent virtually every major metropolitan area in the country. Together they manage 40 percent of the nation’s public housing program; administer more than a quarter of the Housing Choice Voucher program; and operate a wide array of other housing programs. Learn more at clpha.org and on Twitter @CLPHA and follow @housing_is for news on CLPHA’s work to better intersect the housing field and other areas of critical importance such as health and education.

The Fairfax County Redevelopment and Housing Authority (FCRHA) and Fairfax County were recently featured in the August edition of The Novogradac Journal of Tax Credits, highlighting their collective and unprecedented work in developing public-private partnerships to more effectively deliver affordable housing. The article, “Private Capital from Tech Industry Titans Seeks to Close Affordability Gap,” showcases the public-private partnership with Amazon in a new development and highlights Fairfax County’s forward-thinking and creative approaches to delivering high-quality affordable housing. The FCRHA and Fairfax County’s efforts demonstrate that inviting corporate America to be a part of the solution is a critical component to long-term success.

Early in 2022, the FCRHA and the Board of Supervisors doubled the county’s affordable housing development goal to a total of 10,000 net new units by 2034. Such an undertaking, at the scale to which local leaders have committed, is a challenging task. For the last several years, the FCRHA has been rewriting the affordable housing playbook, adding new strategies to advance development and preservation efforts. The county has made landmark investments of public land, local dollars, federal and state funding, proffered housing funds, and much more to generate a pipeline of more than 3,000 units in various stages of development toward its goal. But county leaders will be the first to agree that delivering affordable housing at such a scale cannot be a solitary government activity. Partnerships, creative thinking, and leveraging resources are critical as the county seeks to deliver affordable housing and community assets throughout the jurisdiction.

The City of Yonkers broke ground Wednesday on an affordable housing project for seniors.

Future residents of the 60-unit building could see their monthly utility bills go from several hundred dollars down to just $30.

The city Housing Authority says one benefit that's going to come from this energy efficient and environmentally friendly project is based on what's known as passive house standards.

Passive house, a concept that originated in Germany, focuses on making a building so airtight and well insulated that it reduces energy consumption by up to 85%.

The Municipal Housing Authority of Yonkers joined Westchester County Executive George Latimer and some members of the county Legislature to hold the ceremonial groundbreaking for La Mora Senior Housing on Mulberry Street.

The build makes it so very little energy is needed to heat an apartment. Heat from the appliances can heat a room. The design also makes for better indoor air quality.

Energy efficient lighting and appliances will furnish the building.

Wilson Kimball, the CEO of the Municipal Housing Authority of Yonkers, says following passive house standards makes a building like this cost a third more to build than a regular building. She expects this one to save enough money on energy to make it worth it.

Kimball says the city is planning another passive house project and that they want to make this more of a movement than a novelty.

"It's great for the environment, for the neighbors and the people who live here, but we think it's better actually for the bigger environment. Once you work on addressing climate change, you help everybody,” she says.

The Chicago Housing Authority has partnered with Jonathan Rose Companies to preserve affordable housing at the Barbara Jean Wright Court Apartments, a 272-unit development located on Chicago’s Near West Side. Rose’s preservation acquisition will secure affordable housing in a quickly gentrifying community. The purchase of the property closed last month.

CHA will administer 164 tenant protection vouchers that were provided by the U.S. Department of Housing and Urban Development (HUD). Eighty-two of those vouchers will be converted to a long-term Project Based Voucher (PBV) contract. There are an additional 108 units that receive rental assistance through a HUD-administered long-term contract.

CHA’s financial support will provide more than $32 million in rental assistance to residents during the 15-year PBV contract. This project highlights the range of CHA’s investment in housing and communities over the past several years, which includes new buildings like the Lucy Gonzalez Parsons development in Logan Square as well as preservation projects such as Mattie Butler Apartments in Woodlawn.

HUD announced today that the Emergency Housing Voucher (EHV) program, created under the American Rescue Plan Act, has leased up 35,000 EHVs. This represents 50 percent of the 70,000 EHVs allocated in the American Rescue Plan Act and is the fastest lease-up rate of any HUD voucher program. Furthermore, approximately 100 percent of EHVs are in use, either leased or issued to voucher holders who are in the process of finding and securing units.

HUD spotlighted several CLPHA members for their efforts to issue and lease up EHVs. They include:

CLPHA continues to work with our members through the EHV working group to ensure that implementation of the program is less burdensome and does not create conflict with the administration of other voucher programs.

Chicago officials and local and national housing leaders, including Chicago Housing Authority CEO Tracey Scott, celebrated the groundbreaking of the National Public Housing Museum of in Chicago on Tuesday, October 11, 2022. The Museum will be located in the the last standing structure from the Jane Addams Homes, one of Chicago’s original public housing developments, which was transferred to NPHM in 2018 by the CHA. The building will undergo extensive rehabilitation to become the museum's physical home and will include the addition of 15 mixed income apartments through a unique partnership with CHA and Related Midwest.

Once completed, NPHM will offer engaging programs and exhibits that feature historically significant objects and art. These offerings will present provocative ideas from internationally renowned contemporary thought leaders ranging from academics to artists. The museum's mission will continue to be presenting inclusive, diverse and balanced portrayals of the public housing  experience on America and addressing its past, present and future. The Museum will also be an African American Historic Site. 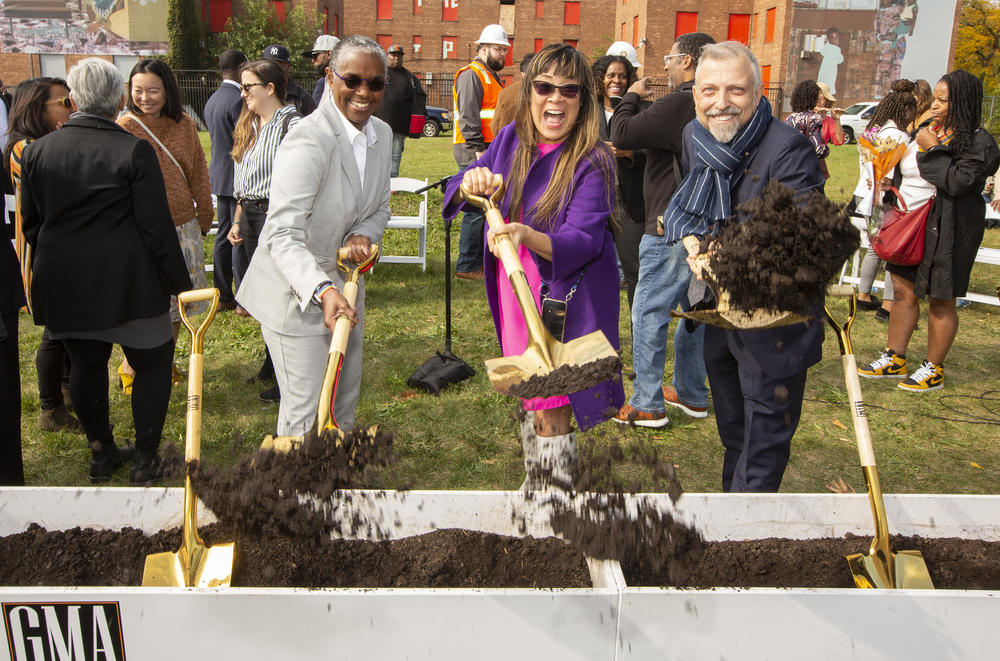 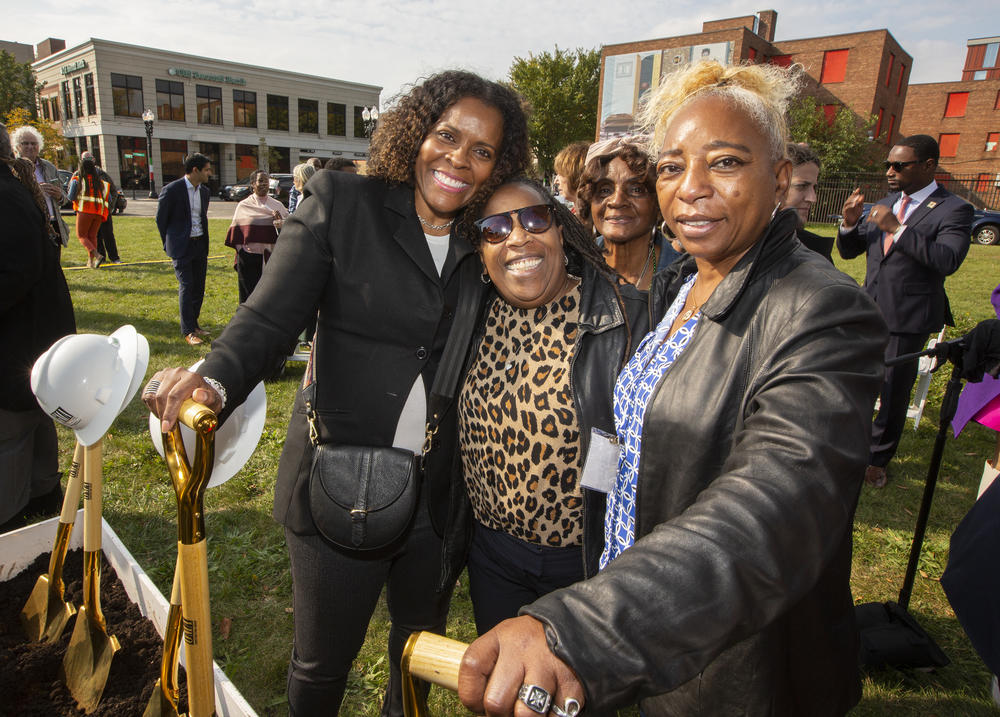 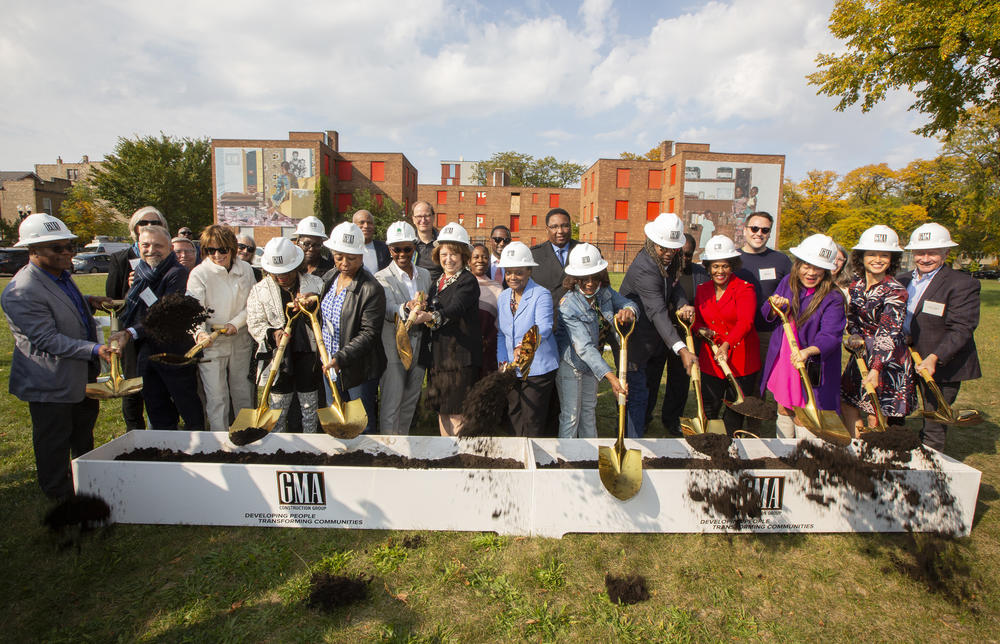 Dedicated to the belief that all people have the right to a home, NPHM is the nation's first cultural institution founded to preserve and interpret the role of public housing in advancing this essential yet unfulfilled aspiration. Using oral histories, art and material culture, the museum will archive and share stories of hope, achievement, struggle, resistance, resilience and entrepreneurship from a diverse group of former and current public housing residents. By doing so, knowledge gained from the public housing experience can be used to shape and inform innovative public policy reform to reimagine our future communities and society, and the places we call home.