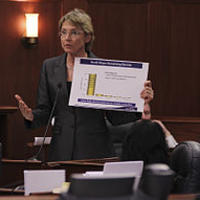 On December 20, 2017, the U.S. Congress passed the joint House-Senate conference committee agreement on HR 1, the Tax Cuts and Jobs Act. HR 1 is the most far-reaching tax reform legislation in over three decades. For affordable housing providers the bill fully preserves private...

HUD’s one-size-fits-all regulatory approach often inhibits PHAs from effectively tailoring federal programs to local community needs. PHAs have been successful when they are able to tailor their policies according their agency’s individual local goals, housing market conditions, and community priorities. This flexibility provides housing authorities the necessary tools to best serve their low-income residents. HUD should allow housing authorities to focus on innovation, ... 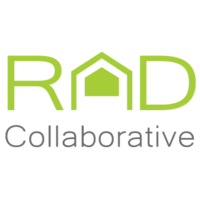 The U.S. Department of the Treasury (Treasury) has updated its guidance for unobligated dollars from the second tranche of Emergency Rental Assistance (ERA 2). Under the newly updated guidance, ERA 2 dollars that are unobligated as of October 1, 2022, can be used for the construction, rehabilitation, or preservation of affordable housing projects. Such unobligated funds can also be used for the operation of affordable housing projects that were constructed, rehabilitated, or preserved using ERA 2 funds.

These new flexibilities allow ERA 2 funds to be structured as loans, including deferred-payment loans and no-interest loans. Grantees can also structure their funds as interest subsidies, establish or recapitalize Revolving Loan Funds, or other financial arrangements. ERA 2 funds can be used as capital assistance to conform to and meet program requirements of the Housing Credit, HOME, HOME-ARP, Housing Trust Fund, Public Housing Capital Fund, Section 202 Supportive Housing for the Elderly, Section 811 Supportive Housing for Persons with Disabilities, and other programs. A grantee must have obligated at least 75% of its ERA 2 grant in ERA-eligible housing stability services, financial assistance, and/or administrative costs to begin taking advantage of the increased flexibility for ERA 2 funds. The funds must be used to benefit very low-income households earning no more than 50% of the AMI.

Treasury’s updated guidance was among the topics discussed during an Eviction Prevention Reform Summit hosted by the White House. Speakers from New Orleans, Philadelphia, Chicago, Cleveland, Colorado, Michigan, and Oregon also gave insight into how they have reduced evictions by repurposing ERA1 and ERA2 funds for new eviction prevention initiatives, such as;

Fulfilling expectations before the end of the month, the U.S. Senate released their version of the FY23 Transportation, Housing and Urban Development, and Related Agencies (THUD) appropriations bill on July 28. Since there is a budget impasse for overall spending levels, affecting all twelve appropriations subcommittees, the bill was released by full committee Chairman Patrick Leahy (D-VT) without undergoing the THUD appropriations subcommittee and full appropriations committee markup process, where amendments to the bill would have been offered and adopted or rejected. It is hoped and expected that the bill will proceed directly to conference committee action to resolve differences with the House-passed version of the FY23 THUD appropriations bill when Congress returns from their August recess after Labor Day in September.

The following is an overview of the draft FY23 Senate THUD appropriations bill (“Senate bill”) along with selected references from its accompanying explanatory statement (“the statement”) for select housing programs of interest to CLPHA members. Italicized language is quoted directly from the statement, and the Appropriations Committee is referred to as “the Committee.”

Of the more than two hundred amendments considered on the floor (most in eight separate en blocs), for assisted housing providers one amendment stands out as a messaging amendment. Chairwoman Maxine Waters (D-CA) of the Financial Services Committee offered an amendment adopted as part of an en bloc which added and simultaneously removed funding for public and other affordable housing consistent with the funding levels found in the Build Back Better legislation. The amendment allowed Chairwoman Waters to remind Congress and others about the need to increase funding to the Public Housing Capital Fund, tenant based rental assistance, Choice Neighborhoods, Community Development Block Grants and other housing and community development programs in other subsequent funding legislation.

The THUD portion of HR 8294 is found in Division A of the bill and its accompanying committee report is referenced as House Report 117-402 (“the Report”). The following is an overview of the draft FY23 House THUD appropriations bill (“House bill”) for select housing programs of interest to CLPHA members along with selected references from the report. Italicized language is quoted directly from the Report, and the Appropriations Committee is referred to as “the Committee.”