From the New Haven Independent:

The 1980s-era “barracks-like” buildings of Westville Manor are slated to be torn down and rebuilt as colorful two- and three-story townhouses surrounded by more green space, and better connected to neighboring West Rock streets.

City housing officials and a team of local architects, designers, and engineers pitched that vision of a safer, greener, less dense and more neighbor-friendly Westville Manor on Wednesday night to the City Plan Commission.

The commissioners unanimously signed off on the Housing Authority of New Haven’s proposed Planned Development District (PDD) designation for the 15-acre site on Wayfarer Street, thereby granting the public housing developers a key approval in their plans to demolish Westville Manor’s existing 26 two-story buildings and 150 residential units and replace them with 39 townhouses and one three-story apartment building containing 109 residential units. It would be the latest complex to undergo a complete modernization in a wave that has transformed public housing across New Haven, including several reborn developments right by Westville Manor in the West Rock neighborhood. 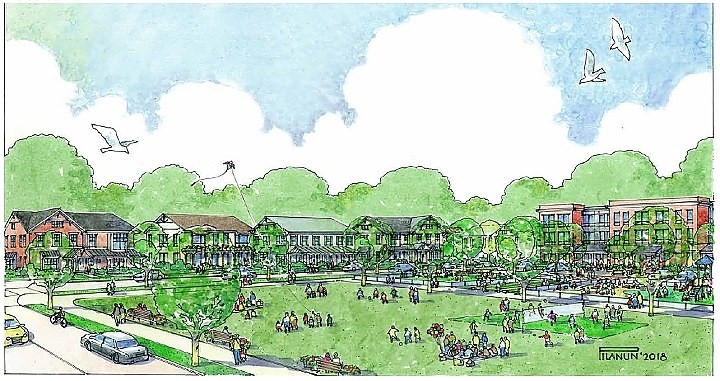