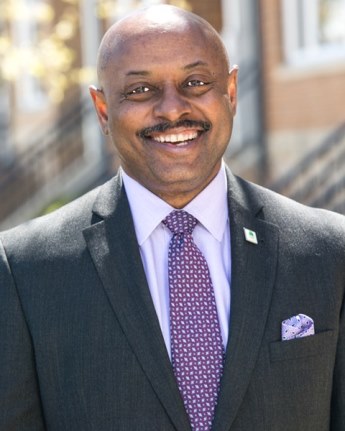 On October 7, CLPHA Board Member Eugene Jones, Jr. began his new role as President & CEO of Atlanta Housing, the largest housing authority in the state of Georgia and one of the largest PHAs in the country.

"Gene is a proven leader in public housing and public finance, and the Board of Commissioners and staff welcome him to Atlanta with open arms," said Atlanta Housing Board Chairman Christopher Edwards in an AH press release. "He brings a wealth of knowledge and experience, and will build upon the stability and clarity of purpose established under CEO Joy Fitzgerald. "

Prior to his new role at Atlanta Housing, Jones served as CEO of the Chicago Housing Authority from 2015 to 2019.

Jones has more than 35 years of service and experience in housing operations, resident services, accounting and finance, auditing, maintenance, new construction, capital construction and Housing Choice Voucher programs, and has served on CLPHA’s Board of Directors since 2015.