Legislative & Policy News
11.8.18
CLPHA Discusses Proposed Public Charge Rule
On October 10, 2018, the U.S. Department of Homeland Security (DHS) published a notice of proposed rulemaking titled “Inadmissibility on Public Charge Grounds” (83 FR 51114) (the “Notice”). The Notice proposes to expand the basis upon which a non-citizen seeking adjustments to their residency or visa status are likely to become a “public charge.”
Currently, a “public charge” is defined as an individual who is “primarily dependent on the government for subsistence,” as demonstrated by the individual’s receipt of certain public cash assistance or long-term institutionalized care at the government’s expense. The Notice proposes to expand the list of benefits considered in the public charge analysis to include, among other things, public housing, Section 8 Housing Choice Vouchers, and Section 8 Project Based Rental Assistance. In other words, receiving federal housing assistance could negatively impact a non-citizen program participant’s visa status. View the National Housing Law Project's (NHLP) Proposed Public Charge Rule 'Technical' Fact Sheet.
Comments to the proposed rule are due December 10, 2018.
CLPHA plans to submit comments to the Notice and seeks feedback from members regarding the comments. A members-only call is scheduled.
11.8.18
HUD Opens New Line of Communication with Stakeholder HUDdle Event 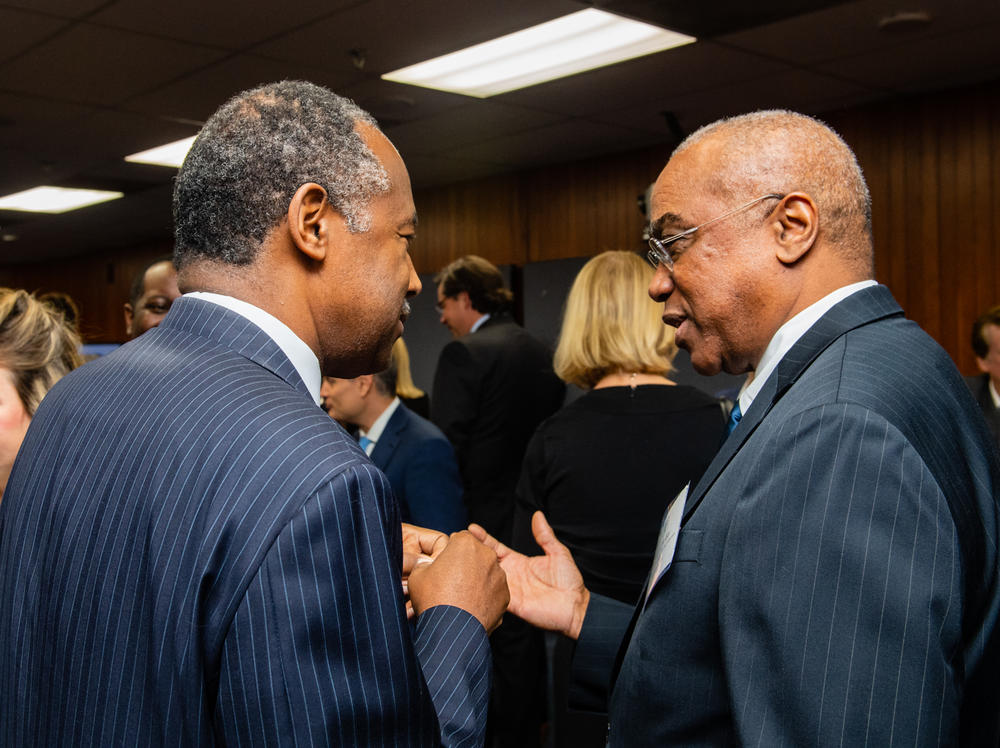 HUD leadership and staff across HUD’s departments were available to meet with attendees at the HUDdle.

The invitation-only event was the first in a series to facilitate better communication between HUD and its stakeholders. The next HUDdle, slated for the winter, will focus on policy initiatives and include time for discussions of areas of shared interest.

The bipartisan Congressional Public Housing Caucus, is still seeking new Members of the U.S. House of Representatives to join the Caucus.

CLPHA conceived and helped establish the Caucus and we remain strongly committed to building its membership. The goal of the Caucus is to connect Members of Congress and their staff with key stakeholders of public and affordable housing, as well as educate them on the latest policy developments.

We need your help in promoting the Caucus to Members of the U.S. House of Representatives.

Please reach out to your Representatives and encourage them to join the bipartisan Congressional Public Housing Caucus.

In response to persistent advocacy efforts by CLPHA and our industry colleagues, HUD announced last week that it will withdraw the new public housing funds Annual Contribution Contract (ACC) that became effective in May 2018.  As CLPHA’s counsel Reno and Cavanaugh succinctly explained, this ACC was controversial to PHAs for a number of reasons, including lack of transparency in process, automatic acceptance of contract by drawing down capital funds, and substantive changes made without sufficient notice under the Administrative Procedures Act.