Washington, DC – “The Council of Large Public Housing Authorities (CLPHA), representing more than 70 of the country’s largest and most innovative housing authorities, is calling on Congress to reject the Trump Administration’s FY18 budget, which proposes to slash $6.2 billion in funding to the Department of Housing and Urban Development (HUD), including $2 billion in cuts to public housing. If realized, the draconian cuts included in this budget would not only have severe and cumulative effects on public and affordable housing programs across the country, but it would also shred the safety net of other public assistance programs on which many low-income Americans rely.

“The Trump Administration’s full FY18 budget proposal, released today, Tuesday, May 23, would devastate HUD programs that are currently helping over 1.2 million households that reside in public housing, including families, seniors, persons with disabilities, and close to 800,000 children. The budget targets America’s most vulnerable citizens with drastic cuts to Medicaid, the Supplemental Nutrition Assistance Program (SNAP), and Temporary Assistance for Needy Families (TANF), while also slashing disability benefits and student loan and education programs, thereby crippling essential  support systems affecting many of the residents  we serve in low-income housing.

“The Administration’s dramatic HUD reductions come at a time when the federal government should actually be investing in public housing as part of the nation’s infrastructure, as such investment generates economic growth, creates jobs, bolsters productivity, and generates tax revenue for localities.

“Everyone should be alarmed by the magnitude of these proposed cuts -- the Public Housing Capital Fund alone sustains a cut of over 67%.  The irony of this particular cut is that it not only undermines basic health and safety improvements, it also makes it virtually impossible to leverage private investment, which HUD claims is a major policy priority.

“Another example is the proposed $771 million reduction to the Housing Choice Voucher program, which provides housing vouchers to needy families. These budget reductions, coupled with rising rents and inflation, will result in the loss of hundreds of thousands of vouchers and threaten currently-housed families with homelessness.

“CLPHA and the nation’s largest public housing authorities are asking members of Congress to reject the cuts proposed by the Trump Administration, as they will significantly harm our most vulnerable citizens and undermine our already significant public investment in this affordable housing stock.” 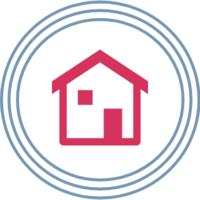