From the Atlanta Voice:

In January 2020, construction began on Herndon Square, which hired workers through Westside Works and the workers received OSHA training and further skills development.

“Herndon Square is a rebuild of the historic Herndon Homes slated to provide over 600 new units to seniors and families, and is the perfect example of building back better,” said Eugene E. Jones, CEO of Atlanta Housing.

Fudge was in Atlanta promoting President Joe Biden’s Build Back Better infrastructure plan, which emphasizes investments in housing construction and rehabilitation, economic development, and community revitalization. President Biden’s Build Back Better Plan is in two the form of two bills, one a $1 trillion bipartisan infrastructure bill that would rebuild and repair traditional infrastructure in the U.S., and a broad $3.5 trillion measure that could pass with only the support of Democrats, via budget reconciliation. 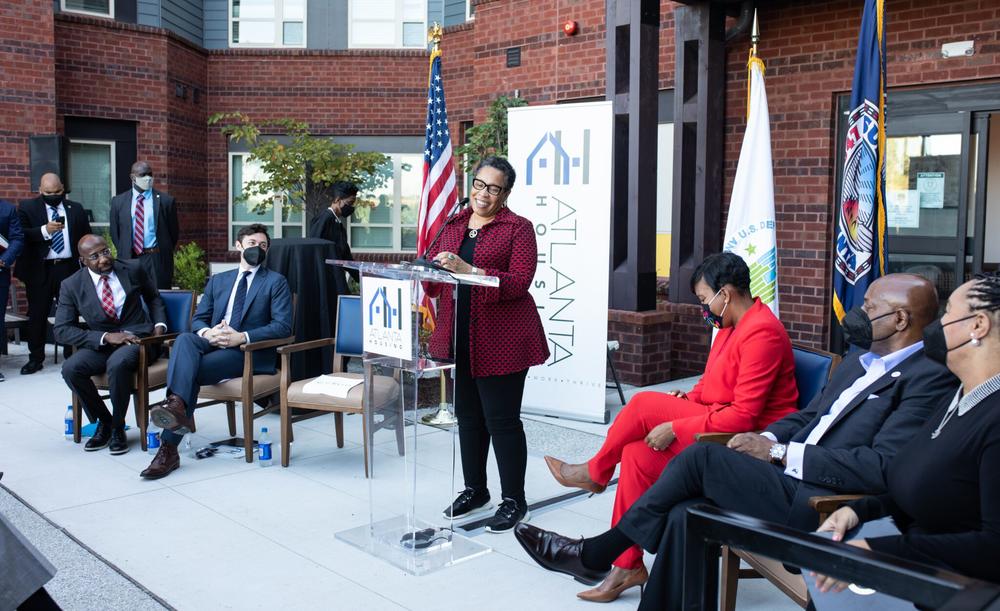