We’re pleased to announce we will be screening the film FAIL STATE at the 2020 Housing Is Summit on the evening of Thursday, April 30 at the Washington Marriott Georgetown! Attendees will also have the chance to participate in a Q&A with director Alexander Shebanow and enter a raffle to win a copy of the film!

Over five years in the making, FAIL STATE investigates the for-profit college industry and the decades-long reports of student loan abuse within the sector. The film’s central thesis: aided by a cabal of politicians, nationwide disinvestment in public colleges and universities, and an unscrupulous desire to maximize profits at all costs, for-profit colleges have exploited millions of low-income and minority students, leaving them with worthless degrees and drowning in student loan debt. With echoes of the subprime mortgage crisis, Shebanow traces the rise of the for-profit college industry in American higher education and uncovers a story that the Los Angeles Times calls “truly eye-opening and crucial.”

The film premiered to sold-out shows at DOC NYC, SXSW EDU, Cleveland International, and debuted on STARZ in December 2018. Director Alexander Shebanow and Executive Producer Dan Rather were awarded the 2019 William Randolph Hearst Award for Outstanding Professional Media Service for their work on FAIL STATE.

Join other Summit attendees on the evening of Thursday, April 30 to watch this groundbreaking film and discuss the critical intersection of housing and postsecondary education.

When: Evening of Thursday, April 30 | Where: Washington Marriott Georgetown 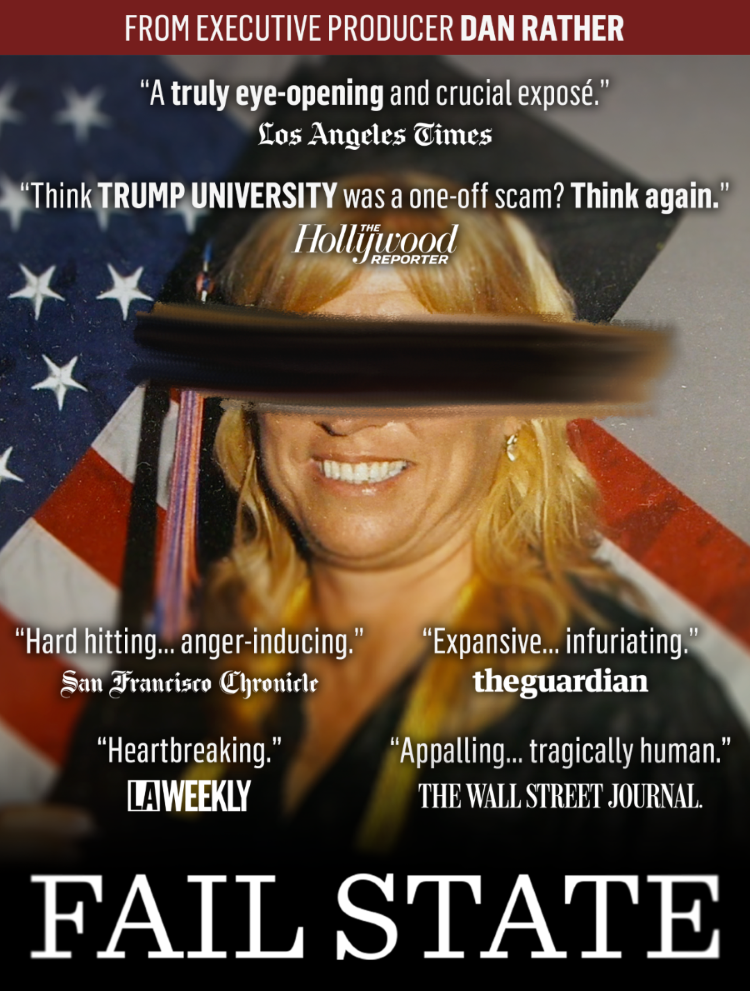 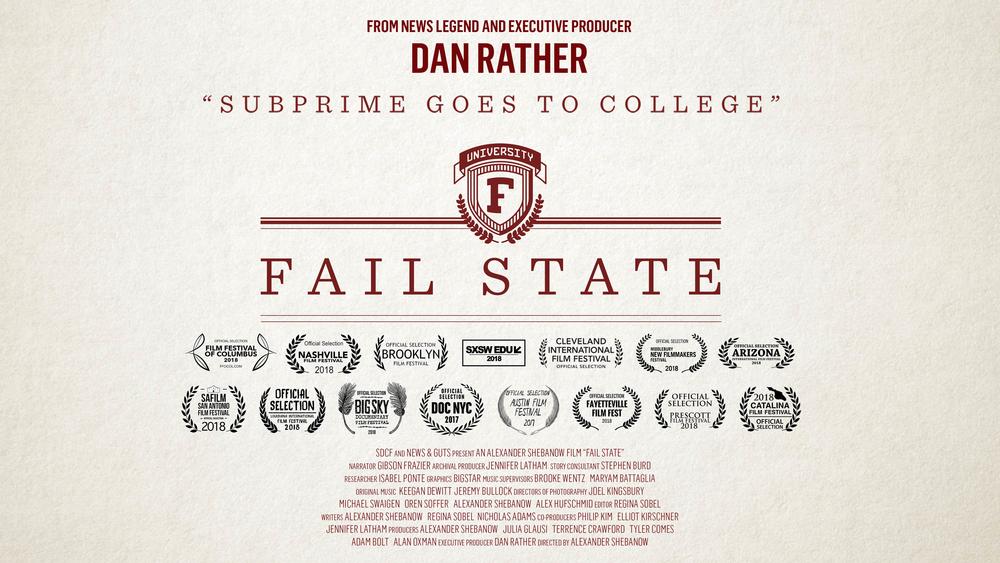